What if you could wear the entire universe on your finger?

Since ancient times, astronomers around the world have used models of the sky to make calculations. With the advent of the armillary sphere, stargazers were given a physical model to better visualize the lines of celestial longitude and latitude.

Created independently in ancient Greece and ancient China, these armillary spheres consisted of spherical rings centered on either the Earth or the Sun. During the 16th and 17th centuries, these astronomy tools were sized down to become fashionable finger rings that moved just like regular armillary spheres. 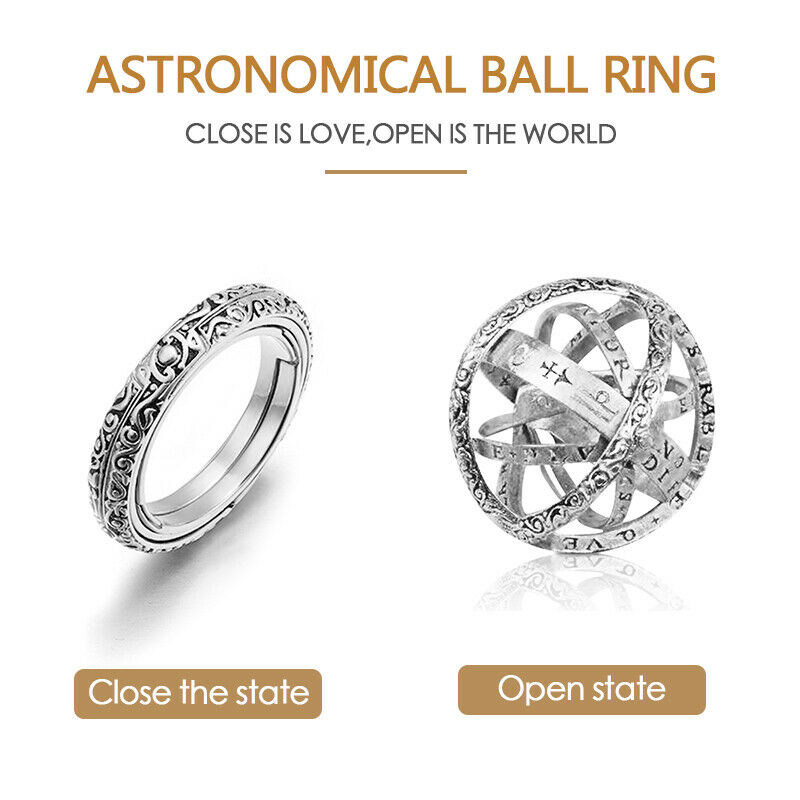 I am asking for a gift in the whole universe in exchange for the rest of your life with me.
The most inconspicuous moment of this vast universe, but it is the life of you and me only once.
"Closing is our love, opening you is my world"

The Swedish History Museum houses an astronomical ring from the 16th century. Romance 500 years ago, closing is love, opening is the world. A Gorgeous Princess cut Lab Created diamond ring. This ring is hand made and its stones are each individually hand set by master jewelers. Ring...

Every girl has a dream of a princess. A diamond crown ring is just like a prince who brings a crown to a girl to...

Rose Quartz is the stone of universal love.  It restores trust and harmony in relationships, encouraging unconditional love.  Rose Quartz purifies and opens the heart...

Be the first to know